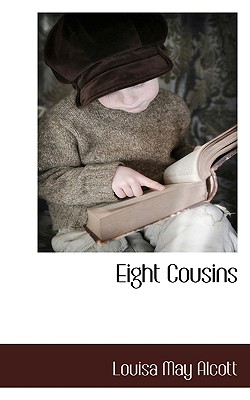 Purchase of this book includes free trial access to www.million-books.com where you can read more than a million books for free. This is an OCR edition with typos. Excerpt from book: CHAPTER III UNCLES WHEN Rose woke next morning, she was not sure whether she had dreamed what occurred the night before, or it had actually happened. So she hopped up and dressed, although it was an hour earlier than she usually rose, for she could not sleep any more, being possessed with a strong desire to slip down and see if the big portmanteau and packing-cases were really in the hall. She seemed to remember tumbling over them when she went to bed, for the aunts had sent her off very punctually, because they wanted their pet nephew all to themselves. The sun was shining, and Rose opened her window to let in the soft May air fresh from the sea. As she leaned over her little balcony, watching an early bird get the worm, and wondering how she should like Uncle Alec, she saw a man leap the garden wall and come whistling up the path. At first she thought it was some trespasser, but a second look showed her that it was her uncle returning from an early dip into the sea. She had hardly dared to look at him the night before, because whenever she tried to do so she always found a pair of keen blue eyes looking at her. Now she could take agood stare at him as he lingered along, looking about him as if glad to see the old place again. A brown, breezy man, in a blue jacket, with no hat on the curly head which he shook now and then like a water-dog; broad-shouldered, alert in his motions, and with a general air of strength and stability about him which pleased Rose, though she could not explain the feeling of comfort it gave her. She had just said to herself, with a sense of relief, " I guess I shall like him, though he looks as if he made people mind," when he lifted his eyes to examine the budding horse-chestnut overhead, and saw the eager face peering down at him. He waved his ...